Trevor Blake has not been compensated by any manufacturer found in this article. Always consult with a professional before the construction or purchase of any building. 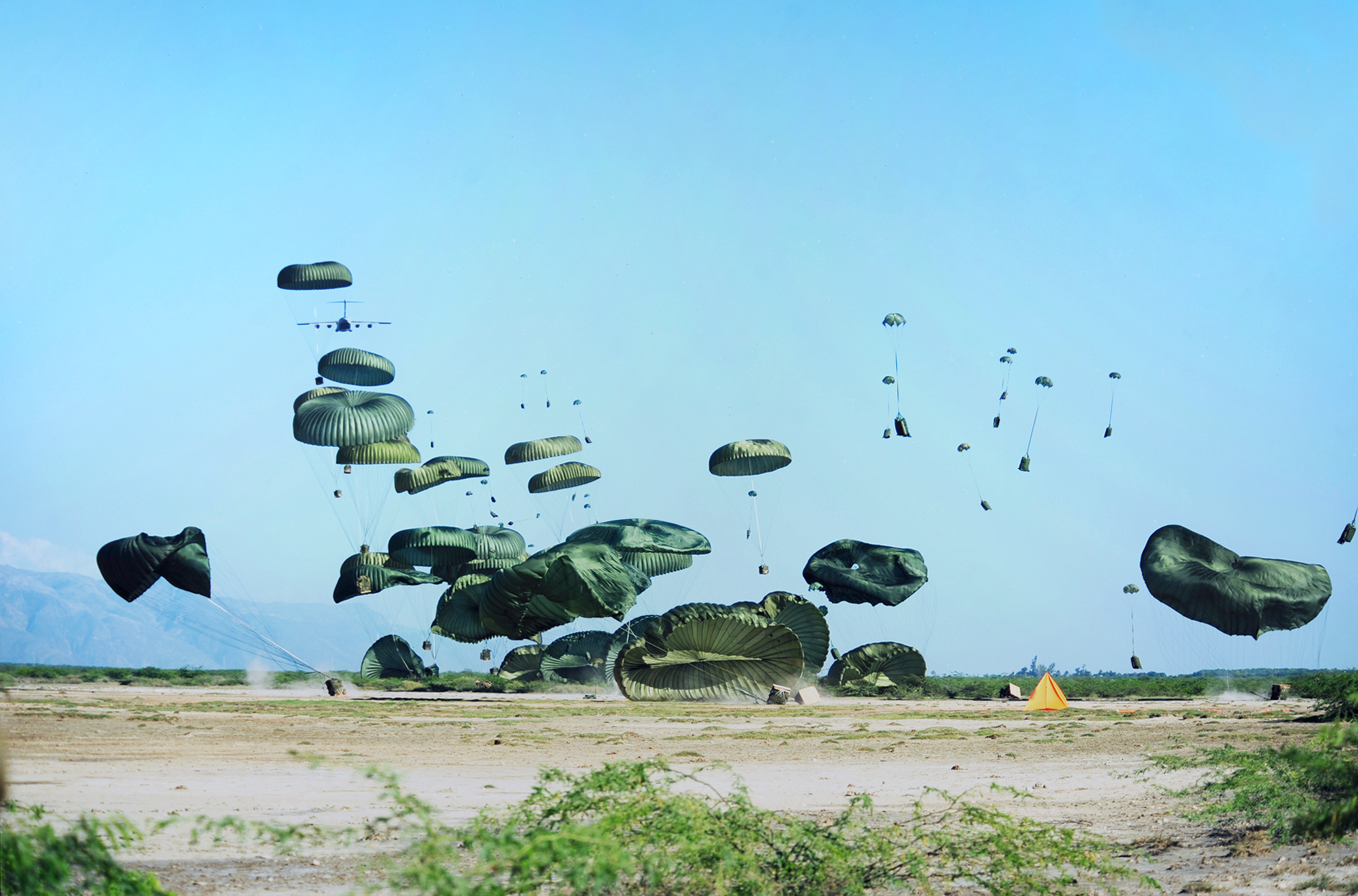 When I invented and developed my first clear-span, all-weather geodesic dome, the two largest domes in the world were both in Rome and were each 150 feet in diameter. They are St. Peter’s, built around A.D. 1500, and the Pantheon built around A.D. 1. Each weighs approximately thirty thousand tons. In contrast, my first 150-foot-diameter geodesic all-weather dome installed in Hawaii weighs only thirty tons â€“ one-thousandth the weight of its masonry counterpart. An earthquake will tumble both the Roman 150-footers, but would leave the geodesic unharmed.

On 12 January 2010 the island nation of Haiti experienced a 7.0 M earthquake. Thousands were killed, thousands more are now without shelter. If Haiti had more geodesic domes, would fewer have died and would fewer now be without shelter? Some testing of domes and their integrity during earthquakes has occurred since Fuller’s time.

Both professional and amateur dome builders have made claims about how geodesic domes can weather an earthquake. Timberline Domes writes: “Geodesic structures have shown themselves to endure through severe storms and earthquakes, due to the strength of their design.” Michael W. Johnson was introduced to the geodesic dome at the Design School at North Carolina State University. Fuller and some NCSU students had built domes as early as 1949. Mr. Johnson moved to El Salvadore in the 1970s, where in 1977 he experienced an earthquake. Since that time Mr. Johnson has penned an essay titled Geo Dome Homes for the Third World on building geodesic domes using local materials as a means of weathering earthquakes. These domes were scheduled to be built after July 2008. The Loma Prieta earthquake of 17 October 1989 was measured at a magnitude of 6.9. According to Oregon Dome Information Series #11, Disaster Fitness, this earthquake left the family of Joan Fevaros homeless. A few doors from the remains of their home was a still-standing geodesic dome home that offered them temporary shelter. “When [the Favaros family] went to the county building department to get a permit to demolish their old home to make way for a new one, they were told that the county would not allow any two-story homes to be built. Joan told them that they wanted to build a new two-story dome home on the site of their old home. The county official replied, ‘Oh, if it’s a dome home, then that will be OK.'” Disaster Fitness makes similar claims for a 6.2 M earthquake on 28 June 1992 near Yucca Valley, California.

Some professional dome manufacturers are willing to put their claims to the test, including direct aid to Haiti. American Ingenuity warranties their domes against structural damage due to hurricanes, earthquakes and tornadoes. From the A.I. Warranty:

Your dome home is designed to withstand the powerful forces of nature. American Ingenuity’s warranty or guarantee assures against any structural storm damage as a result of the ravages of tornadoes, earthquakes, hurricanes regardless of the force. Such a warranty has been unheard of in the construction industry until now. […] The founder of American Ingenuity, Michael Busick, manufactured and built his first concrete dome in 1976. Since then no American Ingenuity Dome has suffered any structural damage due to hurricanes, tornadoes or earthquakes.

Pacific Domes has made a one-time offer of up to 50% off list prices to send shelters to Haiti and will match donations made to World Shelters, World Shelters has its own international earthquake disaster relief effort involving geodesic structures and is supported by Humbolt State University class Engineering 305 Appropriate Technology. Monolithic Domes does not manufacture geodesic domes. Monolithic domes are manufactured by inflating a hemispherical shape then covering that shape with steel-reinforced concrete and insulation. What a Monolithic dome might lack in being mobile, it compensates for in being durable. Monolithic Domes were inspired by a 1950s lecture by Fuller. Monolithic Domes and musician Won-G had planned to build Monolithic domes in Haiti several weeks before the earthquake. This dome will house five hundred and is part of the One Dome at a Time project.

Geodesic domes may or may not have more integrity in an earthquake than other structures. They have not been tested enough to make further claims. But geodesic domes as emergency shelters are well tested and could be part of relief efforts in Haiti and elsewhere.

Trevor Blake is the author of the Buckminster Fuller Bibliography, available at synchronofile.com.